Most people overlook the ambidextrous feature of some work gloves and that oversight might turn out to be very expensive in some cases. Our competitors don’t talk about the advantages of ambidextrous work gloves since it reduces glove sales but we like to educate and make our customer’s glove smart.

Simply said, ambidextrous work gloves are gloves that can be worn on either hand. Some manufacturers refer to them as reversible gloves but you get the idea.

I’m sure that many of you never stopped to think about an ambidextrous glove or a non-ambidextrous glove but the difference is very dramatic. One point is that non-ambidextrous gloves have what is called a keystone thumb. A keystone thumb is made from a different piece of fabric or leather and sewn separately into the palm of the glove. Gloves with a keystone thumb are more comfortable and ergonomic since they mimic the hand structure. This feature is very important with very form fitting work gloves or dress gloves. The other type of a thumb design is winged thumbs but they are not very popular today in more modern work gloves in general.

Another type of non-ambidextrous gloves is coated work gloves that are very form fitting and replicate the natural curvature of the hand.

By what I’ve mentioned already may make many of you think that ambidextrous gloves are cheaply made or inferior gloves but this is not the case. It is simply that some gloves lend themselves to this type of glove design opposed to non-ambidextrous glove models. You will see that in the examples below.

As many of you have experienced, under most working conditions where you need to wear protective work gloves, the palms always wear out before the rest of the glove making them useless. So, if you think about it, by simply wearing the glove on the other hand, you reverse the palm side to the back side which extends the usefulness of the gloves. OK, now that the back side may not look pretty but who cares when it comes to work gloves. We’re not talking dress gloves here. We are taking performance in a work glove.

Therefore, once you consider that you can renew the life of the gloves by reversing them, in essence, you have now doubled the working life of your work gloves. This is money saved.

Another example is the fact that in some operations, one glove wears out faster than another like a right hand or a left hand glove. In the case of ambidextrous gloves, you can replace one glove and it doesn’t matter if it’s a right hand or left hand model since it will fit either hand.

To put this in perspective, I’ll give you some examples so you can get a better idea how ambidextrous gloves can possibly apply to your situation. The examples may seem obvious in some cases but it’s good to point out some examples employed by many of our customers.

A factory assembly line is the best example where there is a very high usage of gloves. Therefore, by doubling the life of the gloves that workers use can lead to some very significant savings. So, if you purchase gloves for your factory workers try and find an ambidextrous model. Some examples of these are cotton inspection gloves or utility cotton gloves used in moving items along an assembly line. Our 7 Gauge – Standard Weight Seamless Knit Cotton/Polyester gloves are a good example.

Regarding ambidextrous cut-resistant gloves, our Stainless Steel Metal Mesh Gloves are an excellent example. These are widely used in meat cutting activities such as grocery stores, and an ambidextrous feature is ideal since they are shared among many employees and it does not matter if they are right handed or left handed.

The most popular and obvious example of ambidextrous gloves are disposable gloves such as latex, nitrile and vinyl gloves. Although no one ever thinks about it, these gloves are ambidextrous and always have been.

See the following link to see our current offering of ambidextrous work gloves.

If anyone wishes to bring a nice Ambidextrous Gloves to my attention, please let me know.

Thank you for subscribing to my blog,

FYI, as a reference, you can always go directly to the “coated work glove” category in the navigation panel of this blog. This includes all of the topics that I’ve covered on coated gloves since 2008. The nice thing is that these articles are permanently archived on the internet for future reference.

An often over-looked feature with palm coated gloves is that a few models have enhanced “raised” dots inherent to the coating for extra grip. This is a great feature for added safety when handling slippery or wet articles. The dots also help when handling glass, sharp metal, or any item needing that extra grip. The dotted feature increases durability of the glove and provides more cushioning in highly repetitive applications requiring precision handling.

The other interesting aspect is that these glove models use Nitrile as the coating of choice for added strength and chemical resistance.

The only negative issue is that I have yet to find a coated cut-resistant glove with dotted palms. This seems like a no brainer to me but I’m sure they are on the horizon.

Here’s my list of dotted palm coated gloves to make it easier to locate them. You can also use our search bar and type in “dotted palm” and they will show up in your search.

Everyone has their favorite work gloves but those that work outdoors in the hot sun of summer find that their favored model is simply too hot to wear for any extended period of time. This is especially the case for men and women whose jobs are outdoors in warm climates such as construction, landscaping or road workers.

I’ve broken down our most popular warm weather glove models into a few select categories such as mechanics gloves, leather gloves, and our popular coated work gloves. This list will make it easier for you to select a good warm weather work glove rather than scroll and search through our large selection of work gloves.

The Glove Guru’s comment: Did you know that Pigskin Dries Soft and Supple after getting WET!

The Glove Guru’s comment: Did you know that Pigskin Dries Soft and Supple after getting WET!

Same glove as the (WK-C125) except with gray coating.

It always surprises me that most workers looking for good thin work gloves with coated palms for better gripping think they are always made using natural (latex) rubber. Although many of these gloves are made using a latex coating, the most popular and better models use a nitrile coating.

First, let me explain a little bit about nitrile.

As a footnote, when thin knit work gloves are enhanced by a foam coating on the palms and fingers, it offers very good grip in contact with chemicals including oils, petrochemicals, fuels and most acids.

Useful links for finding the ideal coated work glove for you:

Check out these unique features: 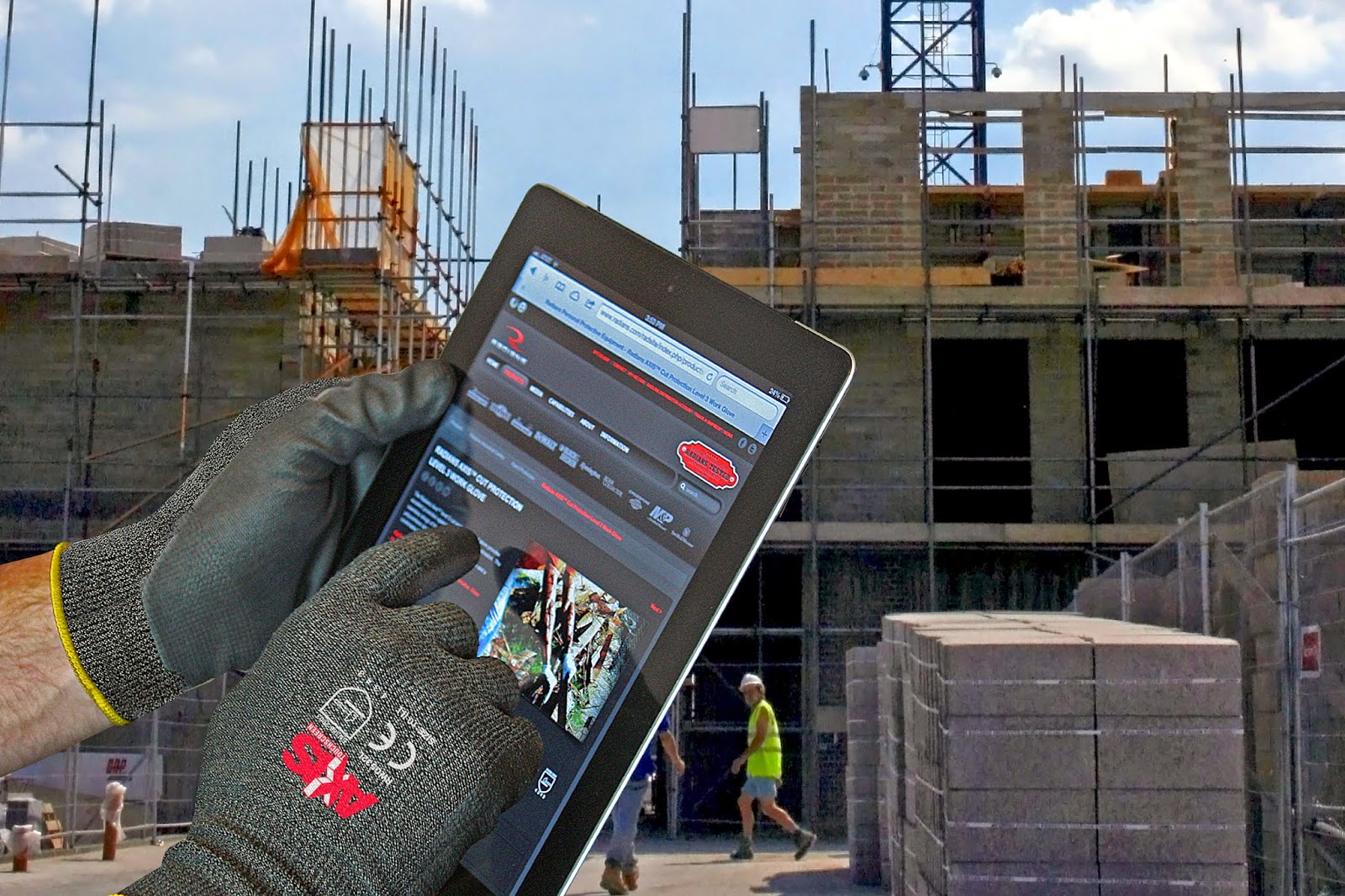 My friends at Radians continue to roll out some very useful glove innovations and they haven’t disappointed me yet. The latest model that I’ve tested is the new RWG-532 Touchscreen Cut Resistant Coated Grip Gloves.
The touchscreen sensitivity is superb and they test out at an EN388 – 4,3,4,3. Level 3 cut resistance. The price is modest, too.
The biggest advantage is that these gloves improve productivity and keeps the user protected by allowing use of touchscreen devices without having to remove their gloves.
Go to the link below and see them in action since we posted a You Tube video link in the product details.
Link: Radians RWG-532 Gloves 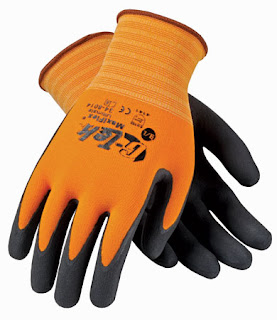 High Visibility Work Gloves are a necessity when you need to stand out in any work zone – day or night. Our Hi-Vis Gloves not only protect your hands, they keep you safely visible when working.

Choose from a variety of high visibility gloves including insulated, water-proof, warm weather, thin knits, leather, safety, and utility and mechanics gloves.
The only thing that looks better than our Hi-Vis Gloves are our prices.
Special: Save an additional 10%*. Use Code: HIVIS10
*Expires on July 9th.
See them at this link: GO High Visibility Gloves
**To receive special discount codes in the future (which are normally not published here), please join our mailing list on our Home Page. 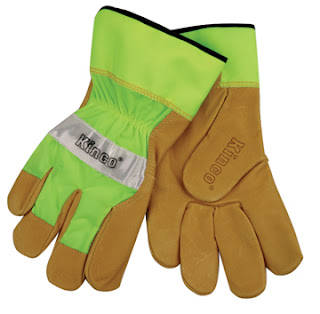 They’ve been a long time coming but they are finally here. 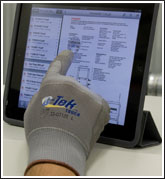 These new Touch Screen gloves are made by ATG, the same company that makes our extremely popular G-Tek Coated work gloves. The new gloves are called G-Tek Touch and come in sizes XS to XXL which make them popular for both men and women.
If you currently use the G-Tek gloves then they need no introduction. If you don’t, then you need to check them out.
Glove Link: G-Tek Touch Gloves
See a video of the in action: G-Tek Touch Video
Applications include: Construction, Sanitation, Law enforcement, Utilities for Electronic & Computer Assembly, Quality Control, Inspection and General Assembly.
Performance Properties: EN388: 4131 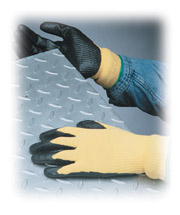 In 2008, I wrote an article about Hand Protection for ISHN (Industrial Safety & Hygiene News), the foremost industrial safety publication for safety engineers and managers.
Surprisingly, not much has changed since I wrote this article so I thought it would be worthwhile to post it here for others looking for this type of information. This way it will be permanently archived as well.
It should be noted that this article is focused on one type of industrial work glove – Coated Gloves – which are the most popular gloves used today in industrial and manufacturing industries.
You can link to the article at this link which is a printable PDF file: Hand Protection
By the way, if you don’t already receive ISHN, I suggest you go to their link at the top of this post and see about subscribing. It’s a good monthly periodical focused on safety products.
If anyone has any questions or need any assistance on glove advice, please feel free to contact me.

Today, I’m delighted to announce that Gloves-Online is now an authorized dealer of the DeWalt Glove Line.
Most of you are already aware of the world-renown DeWalt brand of professional high-end power tools for the construction, manufacturing and woodworking industries. The good news for you and for us is that DeWalt is making a major effort to rework their current line of mechanics and work gloves.
The other good news is that this effort is being championed by an old glove-guru friend of mine, Dan Branson. Dan was hired this past year by DeWalt to manage and develop the new glove lines and, frankly, I couldn’t be happier. I can guarantee you that you will soon see some of the best glove innovations in work gloves and I anticipate announcing them as they hit the market.
You can see our new DeWalt Gloves link and get a sneak preview of Dan’s and DeWalt’s newest glove called the DeWalt “Under the Hood” Mechanics Glove. More news on that is coming soon.