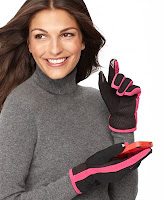 OK!  OK! There’s no need to remind me that I just wrote about “these” gloves and cell phones gloves just 2 days ago. Let’s just say I’m a bit behind the times. I’m not saying nor would I ever say I’m behind on glove technology – I’m just behind on cell phone technology. After all, I still enjoy my clunky Blackberry keyboard. And, believe it or not, it was my very first cell-phone just two years ago. Don’t laugh – I’m just a glove guy!
Anyway, my “young” entrepreneurial staff brought me to my senses once again. It became touch-and-go for a time (pun intended), but I’m reminded that the touch-screen interface has finally become mainstream. It seems these days, high-quality touch-screen-based interfaces have made their way into PC’s, tablets, phones, PMP’s, digital cameras, and a host of other devices.
Actually, and after thinking about this, this was good news to my ears since we sell TOUCH SCREEN GLOVES, too. WOW, I nailed it again! But don’t forget, I am the Glove Guru. So, after 2 days, I relented and now we also have a shopping page devoted to guess what? Yep! That was an easy guess, huh?
It’s called: TOUCH SCREEN GLOVES.  Now you can Connect in the Cold whether you use cell phone gloves or touch screen gloves!
Anybody want to buy my Blackberry? I’ll be happy to throw in a “new” pair of cell phone gloves!