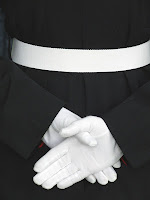 Ansell-Hawkeye Glove Company (formerly Hawkeye Glove) closed down last Thursday, May 31st.
Hawkeye Glove was a primary contractor of gloves for the US Military before Ansell acquired the company in 2008 at a reported price of 10.8 million. The closure affects 22 production workers at the Fort Dodge plant and it could affect many more once it closes its other production operations.
Management blamed the plant’s closure on Pentagon budget cuts but in theory this type of glove production which is based on cut-and-sewn gloves probably led to its demise. Ansell’s core production expertise is in dipped disposable gloves and condoms and Hawkeye’s expertise was in leather and cotton glove production.
For me, the writing was on the wall when they stopped making US made Marine Corp white dress gloves for us in 2009. It’s too bad they shuttered the business before letting us know.

what is happening to our Economy! so sad to hear news like this….good , innovative companies have to close….